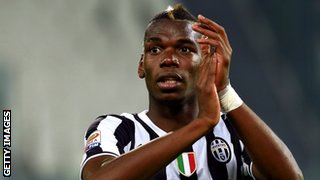 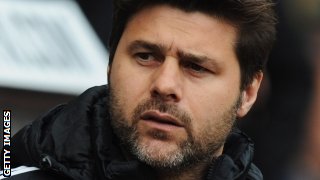 Mauricio Pochettino represented Argentina at the 2002 World Cup
Manager Mauricio Pochettino looks set to sign a new contract with Southampton despite reported interest from Tottenham.
Full story: Metro
Liverpool fear that striker Luis Suarez, 27, will be rushed back too quickly from knee surgery by Uruguay.
Full story: Daily Mirror
Former England striker Emile Heskey, 36, now playing in Australia with Newcastle Jets says it will take a "miracle" for Suarez to be fit for the World Cup because he has had similar keyhole surgery to the Uruguay forward and says it takes four to six weeks to fully recover.
Full story: Goal.com
Javi Garcia's representative has ruled out the prospect of the Spanish midfielder, 27, leaving Manchester City during the forthcoming summer transfer window.
Full story: Talksport
Italian midfielder Emanuele Giaccherini, 29, has no intention of leaving Sunderland after just one season in the Premier League despite being linked with a move back to his homeland, with both Fiorentina and Genoa said to be interested.
Full story: FourFourTwo
AND FINALLY
Ronaldinho, 34, missed out on Brazil's World Cup squad, but now the attacking midfielder is hoping to profit from the tournament. For just £9,120 per night, you can rent the legendary footballer's Rio de Janeiro home.
Full story: Yahoo Sport
Former Newcastle and Tottenham winger David Ginola loves England because, unlike in France, people like to "work hard and play hard".
Full story: Channel 5