Prior to the Monaco Grand Prix, Rosberg is alleged to have questioned his team-mate's ability to cope with pressure.

He reportedly told the German media: "Lewis' strengths and weaknesses have not changed (since karting).

"He is incredibly fast on track, but can snap if something is not quite right for him. I know where I can beat him."

However, in the wake of Sunday's race, which Rosberg won from pole position, the German has denied every saying that.

He told PA Sport: "That is definitely far from anything I've ever said, and ever would say.

"I've known Lewis for many years and he's always been strong, among other things, mentally, so I'm definitely not expecting him to crack any time soon, that's for sure.

"It's going to be a tough battle, which is going to be ongoing, but I would never say something like that anyway."

As for his relationship with the Brit, which took a knock when Rosberg controversially prevented Hamilton from fighting for pole position, the 28-year-old believes there is nothing to worry about.

"It's fine," he said."We've had discussions, and the benefit we have is we've known each other for so long.

"We always sit down, discuss and then move on, and that's what we've done this weekend."

Whether Nico told them or not it's true everyone knows when things don't go for right for Lewis the toys come out of the pram.

No one with sense can blame Lewis for his behaviour especially as its Monaco the track he wants to win at more than anywhere else so its understandable why he reacted how he did.  Its clear as day that Nico got into difficulty on purpose & when he got out his car he was sniggering & gloating at the camera the classic look of someone who knows they've cheated & you can clearly see it in his face & when in the press room Nico dodgy behaviour leads to Lewis to have a joke about the situation, he knows his not going to be fooled by this.

The Stewards investigation was pointless really as they wouldnt have been able to prove anything unless they were psychic & the team would of tried their best to not get Nico disqualified anyway, real shame they didnt get him take a lie detector test.

Rosberg has tarnished Lewis's image for this season & Rosberg knew exactly what he had to do to get to him which is really sad of him.

Im not a Hamilton fan boy who repeatedly posts over obsessed posts in f1 message boards its just my opinion but i like to think i see everything from all sides not just one same where theres situations with other drivers.

This post is about as pointless as a magazine which cover is what a certain celebrity is wearing to some event. Lewis Hamilton is just some little bitch who can't handle when something goes against his wishes, he's got to be in the top 3 in the worlds more spoiltest brats... he's never been told no before in his life.

I couldn't care less if Rosberg did it on purpose or not... and yeah Stevo not a fanboy when your profile picture is of Hamilton -.-

LOL Bolokov you have got alot of nerve criticising Lewis when you were not much better yourself when it came to the losing at online Fifa games. Plus what makes it worse your a Pastor Maldonado fan, banter or not. With Lewis it had nothing to do with things not going his way, its about his high expectations of himself & what the british public & media expect of him is the problem. & the Lewis fanboys are in the obsessed idiots who repeatedly post in f1 site messageboards & cause arguments & cant accept reality while im just a ordinary fan.

All about K-Mag nowadays guys..

F1xStevo_87 PL2 Mod wrote:LOL Bolokov you have got alot of nerve criticising Lewis when you were not much better yourself when it came to the losing at online Fifa games. Plus what makes it worse your a Pastor Maldonado fan, banter or not. With Lewis it had nothing to do with things not going his way, its about his high expectations of himself & what the british public & media expect of him is the problem. & the Lewis fanboys are in the obsessed idiots who repeatedly post in f1 site messageboards & cause arguments & cant accept reality while im just a ordinary fan.

No not really when it comes down to personality and upbringing you absolute dum-dum! And what does me having a low fuse have anything to do with this subject? oh right, that's it none what so ever. Fan? the guy is the best driver there will ever be... I think "indoctrinated worshiper" is the correct word/phrase.

No not really it has nothing to do with either of those things you have just said... it's to do with his personality which has been mostly effected by his upbringing... he's a classic example of a snob and when things don't go the way he likes he sits in a corner and sulks about it.

You have no proof he cheated stevo the only people that had any kind of evidence cleared him of any wrong doing so get over it Nico was faster than Hamilton the whole weekend.

Hamilton's reaction was way over the top he's known Nico since Karting days, so to brand him as a cheat is out of order he's also looked at the telemetry and they've recently made up as he's claimed so if he had cheated i doubt he'd want to be seen anywhere with Nico bar the race track or promotional events.

I obviosly dont have proof but the way Nico was acting was very suspicious & i do accept the FiA's decision to clear him but been realistic, telemetry only goes so far & wont go as far enough to determine if it was accidental or on purpose so he would have known he would have been let of. As for Nico been faster i cant remember the practice sessions but yes Nico was faster in Qualifying but i was very close & it wasnt to say Lewis with his tenth up sector 1 could of got pole as his shown in the past at the last moment.

And you say his reaction was way over the top as his known him since karting but doesnt that make it worse if Nico cheated (he knew he had too) & i suppose his friends again because he just has to move on as theres no evidence but Lewis must be thinking he must have put Nico under alot of pressure.

I'm sure a certain KimiRaikkonen07 would of had something to say about that dunno what happened to that guy tho.

I think Danil Kyvat is the future but, erm... Riggy, whats a League 'Manger' in your signature? 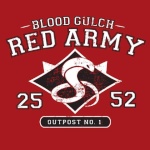 It's how we spell manager, in the hood.

Well you've changed it now so i'll go with the latter

F1xStevo_87 PL2 Mod wrote:I think Danil Kyvat is the future but, erm... Riggy, whats a League 'Manger' in your signature?

In relation to this post: - LH gets payed so much that he effectively has bought a 30m jet just so he can see his girfriend... if that was me, instead of looking like a spoilt brat and throwing toys out of my pram I'd probably bust out a wank or something... daft money and he thinks it's acceptable to be a snob... who even likes the guy, have you seen his twiter? The guy thinks he's a proper gangster from the west side, fuck off no you're not!