As of the close releases of Drive Club & Project Cars for the PS4, i made an decision to stop playing online on the PS3, at least for the current F1 game.
This was an intended decision way long before Codies announced to decide to make an PS3 only release and an delayed PS4 release for the new F1 2014, Codemasters didn't decide to give you the opportunity to upgrade to F1 2014 on the PS4 for a reasonable price if you bought an PS3 version of the game and i am not gonna pay twice for an game just in a view months time as they announced an early 2015 release date for the next gen and the 2 above games are enough for me to kill the time for an next gen experience of the new F1 game release.
Besides all of these things i also don't understand and pisses me off if i just think about it, how they dare to ask an full price for an just simply made copy/paste game that uses the same damn graphics and engine for years now.

But yeah sadly i am not gonna participate in an upcoming new season of F1 2014 on the PS3, hopefully this decision will be respected and will see you guys Wheel to Wheel on the PS4 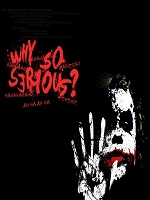 No worries Serious pal hope to see you back on PS4

Thanks for racing with us mate & will see you on PS4 next year.