These are apparently leaked images from Codies, showing the new 2015 game. 2015 will ship with the complete 2014 season as well as a full set of 2015 spec hybrid cars that will be updated via a title update to the genuine models.

If this is indeed correct then an reasonably early release is probably possible with them not necessarily needing to push out a 2015 car immediately.

I don't know about anyone else but I think the screenshot of Hamilton in Monaco looks awesome.

It also says that they are aiming for 1080p 60fps on PS4 and are currently hitting 45-55fps, so with further optimisation we should have 60fps! 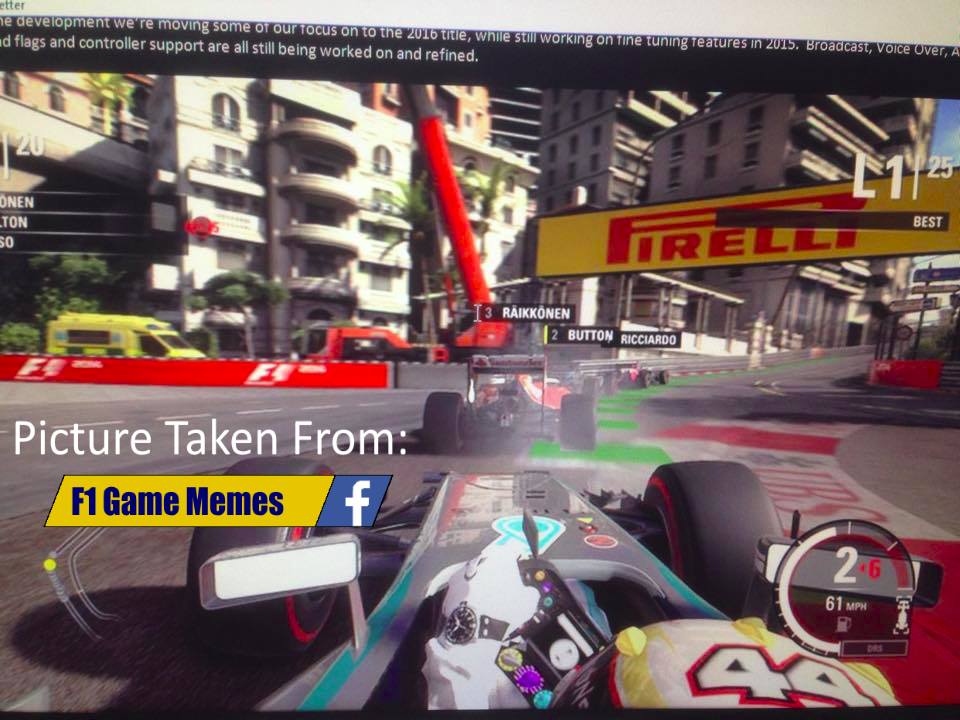 but yeh that pic of hamilton at monaco looks awesome

A worker at Codies has since confirmed that these are legit images from the game.
_________________
General League Overlord - Not quite Bernie Ecclestone Liberty Media.

awesome, but i doubt anyone will want to race in that sauber xD